Allergen-specific immunotherapy (ASIT) is a treatment for atopic dermatitis (AD) in dogs and cats wherein extracts of allergens to which the patient is sensitive are injected, in gradually increasing amounts, to lessen the hypersensitivity state. It is the only proven treatment for allergies that actually works against the underlying pathogenesis of the disease, instead of merely covering up clinical signs with anti-inflammatory therapies. ASIT has a strong advantage of being nearly free of adverse effects in the great majority of dogs and cats, even with prolonged use. Disadvantages include the fact that it takes several months or more to begin working, that it does not always work, and that it may be relatively expensive.

How does ASIT work?

Various theories as to how ASIT works have been advanced, and mechanisms are still not completely understood. The “blocking antibody theory” was popular for many years, which considered primarily the effect of ASIT on B-lymphocytes, but has been augmented by the “helper T-lymphocyte subset” theory. In this view, the “normal” response is called “T-helper-1” (Th1). When the allergen reaches the immune system, lymphocytes produce cytokines such as interleukin-2 and interferon-gamma. These cytokines direct B-lymphocytes to differentiate towards cells that produce IgG antibodies. We aim for this type of response when we vaccinate pets. In allergy, the lymphocyte response is instead “T-helper-2” (Th2). In this case, the lymphocytes produce cytokines such as interleukins 4, 5, and 13. These cytokines direct B-lymphocytes to differentiate toward cells that produce IgE antibodies. The immune response exists in a kind of “balance” between Th1 and Th2, and many things can potentially influence which response predominates. Modulating this IgG/IgE “balance” and returning it toward the “normal” IgG bias is the target of ASIT. Recent studies have also stressed the importance of downregulating mast cell and other effector cell reactivity; induction of tolerance via regulatory T-cells, IL-10, and TGF-beta; and the importance of dendritic cells in the uptake and processing of allergens.

Most effects of ASIT are thought to be allergen-specific rather than nonspecific. Thus, accurate testing to identify the offending allergens in each patient is of paramount importance to successful immunotherapy. In particular, the clinician must strive to avoid “false-positive” allergy test results, which would result in including an allergen in the patient’s mixture that is not relevant to that individual’s disease.

How do I choose the correct  allergens and protocol?

Selection and formulation of an ASIT mixture is both an art and a science. Experimental observations that large doses of allergen evoke Th1 (IgG) responses and small doses of allergen evoke Th2 (IgE) responses suggest that there is some minimum, fairly large dose of each allergen necessary in a mixture to achieve benefit. Thus, many allergists limit the number of extracts used in each prescription to between 10 and 15 substances. When a large number of positive reactions are obtained with allergy testing, choosing the proper 10 to 15 substances can be based on the following: strength of the positive reaction; degree of possible exposure of the animal to the substance; consideration of patient characteristics; and botanical interrelationships of pollen allergen groups. Because proteolytic allergens present in mold extracts can degrade some pollen allergens, some allergists administer mold allergens by separate injection. Fortunately, commercial testing laboratories are knowledgeable about the details of formulating ASIT prescriptions and provide guidance.

The exact protocol and schedule for injections will vary according to the allergen preparation; generally, the extract manufacturer will provide an appropriate schedule. In some situations, particularly with very small animals or where the allergen mixture contains larger amounts of only a few allergens, the animal may not be able to tolerate the maximum specified dosage. In this case, the dosage may have to be reduced to between one-half and one-tenth of the normal full dose, but as a general rule, the animal should receive the maximum dose that can be tolerated without causing a reaction. Injections are given year-round, and the minimum initial trial period should be 12 months. If the pet is doing well, the frequency of the injections can be decreased gradually over time.

What about concurrent additional medications?

As far as is known, concurrent treatments with antihistamines, fatty acid supplements, cyclosporin A modified, or low-dose glucocorticoids will not interfere with response. Such treatments are generally necessary as part of the overall treatment plan, to provide immediate and short-term relief while waiting for the ASIT to work. These treatments can be slowly tapered as response to ASIT occurs. Treatment with ASIT is generally considered to be

lifelong, though it is possible to attempt discontinuation after two to three years of injections if the animal has responded very well.

How well does ASIT work?

Expected response rate to immunotherapy is approximately 60% to 70% “good-to-excellent” (defined as at least 50% improvement in clinical signs). Response can be seen as soon as 1 month, but more typically takes 3 to 6 months to occur, and the maximum response may take 1 year or longer. Adverse reactions to allergen immunotherapy include localized itch at the injection site and transient worsening for 12 to 24 hours after the injection (~10% of patients). Generalized anaphylaxis occurs in less than 1% of dogs and cats; such reactions are generally mild and further reaction can often be prevented by pretreatment with an oral antihistamine 1 to 2 hours prior to each injection.

SLIT is commonly used for human allergy in Europe, and there is abundant evidence for its efficacy in people. Its use in dogs is very new, and it is not yet widely available. Studies demonstrate that the mechanism(s) of SLIT differ in some regards from injection immunotherapy. In particular, there has been focus on the unique characteristics of oromucosal dendritic cells. SLIT is rather a different treatment, not merely a different route to administer the same treatment, and has the additional benefit of freedom from the dangers of anaphylactic reactions. Recent trials of sublingual immunotherapy in dogs have demonstrated that this treatment mode may hold great promise in the future. Specially formulated allergen extracts are delivered in a vehicle that promotes absorption through the oral mucosa several times daily. The author’s clinical experience suggests that SLIT may be an effective treatment even in dogs that have failed conventional immunotherapy.

SLIT is primarily indicated for treatment of atopic dermatitis (AD) in dogs; results in cats or horses have not been reported. Patient evaluation for allergies is performed in the same manner for either the injectable or oral version of ASIT. Following clinical diagnosis of AD, and elimination of other possible causes of pruritic dermatitis, such as food allergy or parasitism, allergy testing is performed to identify each pet’s specific sensitivities. This may be done either with an intradermal test or with an allergen-specific IgE serologic test panel. Concentrated allergen extracts are then custom-mixed by the SLIT supplier according to each pet’s reactivity, and administered starting with very small doses, escalating gradually to larger doses over a period of months. There are no specific contraindications for use of SLIT in AD; in fact, it’s one of the safest long-term treatments for AD available. At present, the therapy is limited to use against environmental allergens such as dust and storage mites, pollens, and molds; it has not been evaluated for use in food or flea allergy.

In general, ASIT, given by any route, has the strong advantage that it is the only therapy that truly modifies part of the underlying pathogenesis of the disease, i.e., it attempts to “reverse” the allergy rather than just covering up the clinical signs with anti-inflammatory drug treatment. The new oral SLIT formulation has some strong advantages over conventional allergy shots, including:

As with allergy shots, SLIT takes some time to work (typically 3–6 months) and does not work in every dog. Being a new treatment, there is currently only one study reporting effectiveness of a commercial product (Allercept Therapy Drops, Heska), suggesting approximately 60% response, which is comparable to allergy shots. During the initial months of treatment, additional anti-inflammatory drug treatment may be given, and tapered slowly as response occurs. SLIT therapy must be given by direct administration into the mouth, using a small pump dispenser, and typically is administered twice daily, every day. Though it is exceptionally easy to administer the dose, some clients with busy schedules may find b.i.d. administration cumbersome. Mild adverse effects are possible, including face-rubbing or stomach upset after administration, or transient worsening of clinical signs. Such effects typically disappear within a week or two, and if they persist can be managed by altering the dosage schedule. Both “allergy shots” and “allergy drops” are long-term treatments; owners must be willing to try the treatment for 6 to 12 months initially; if response occurs, continued administration is necessary for at least several years before attempting to stop.

Practical clinical use of SLIT

Whether they admit it or not, many clients are not enthusiastic about giving injections to their pets, and they are delighted to have an alternative. It is possible that many owners do not even consider allergy-testing their dogs because they do not want to give injections, and that the SLIT formulation opens up the option of ASIT to many more clients who otherwise would never have considered it. This not only provides better medicine to more patients, but is an additional source of recurring practice revenue, as SLIT treatment set refills are dispensed over a multiyear period. 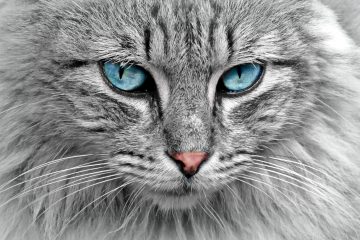 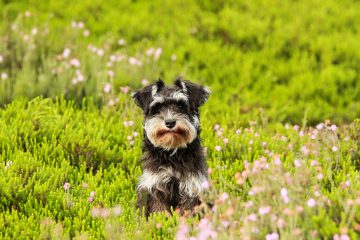